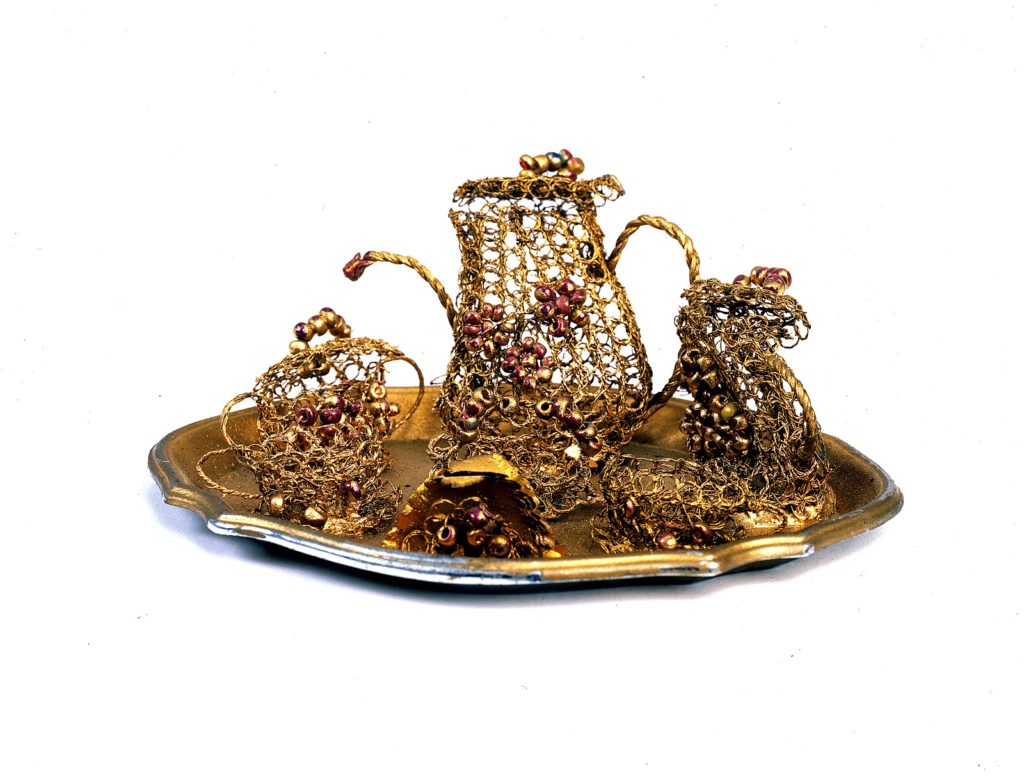 This miniature tea set was made from electrical wire by prisoner Genia Blumberg at a concentration camp near Magdeburg, Germany. She made wire objects like this one using material stolen from the factory in which she worked and gave the objects to fellow inmates as gifts, or traded them in exchange for extra rations.

More Information
Genia Blumberg was born in Vilna, Poland in 1923. She was deported at age twenty to Kaiserwald concentration camp. After the war, Genia was brought to the Hillersleben Displaced Persons camp, where she met her husband, David Goldberg, who was also a survivor. They settled in the United States in 1956.