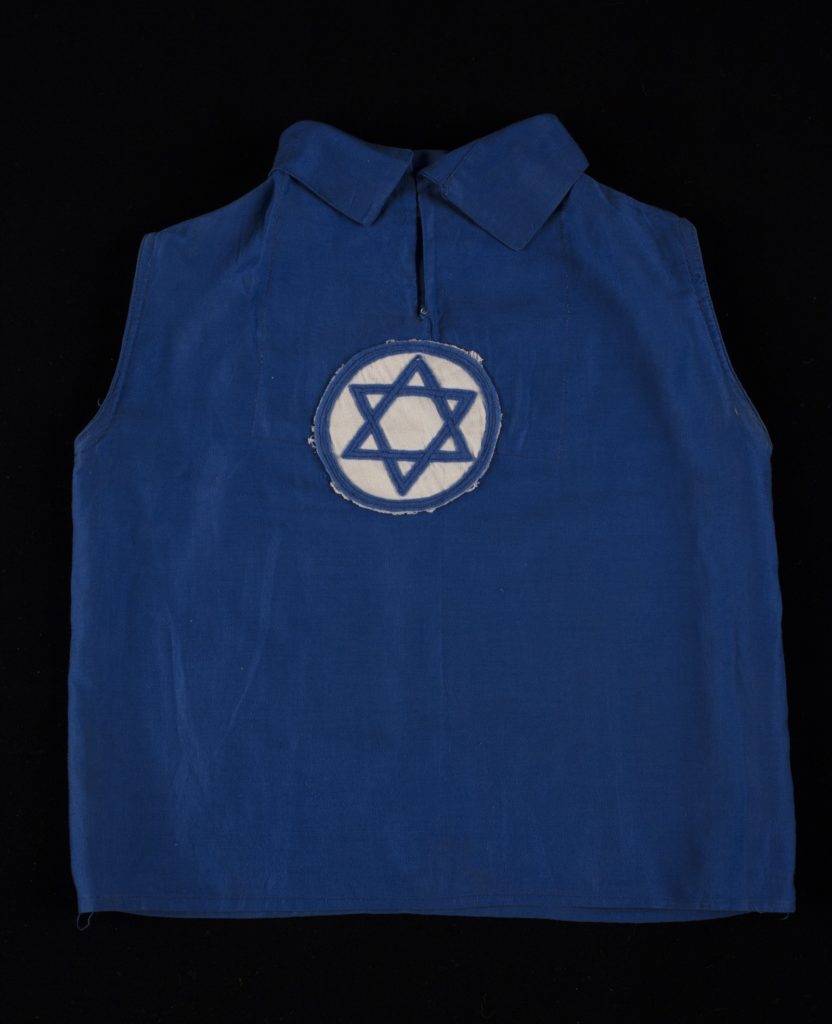 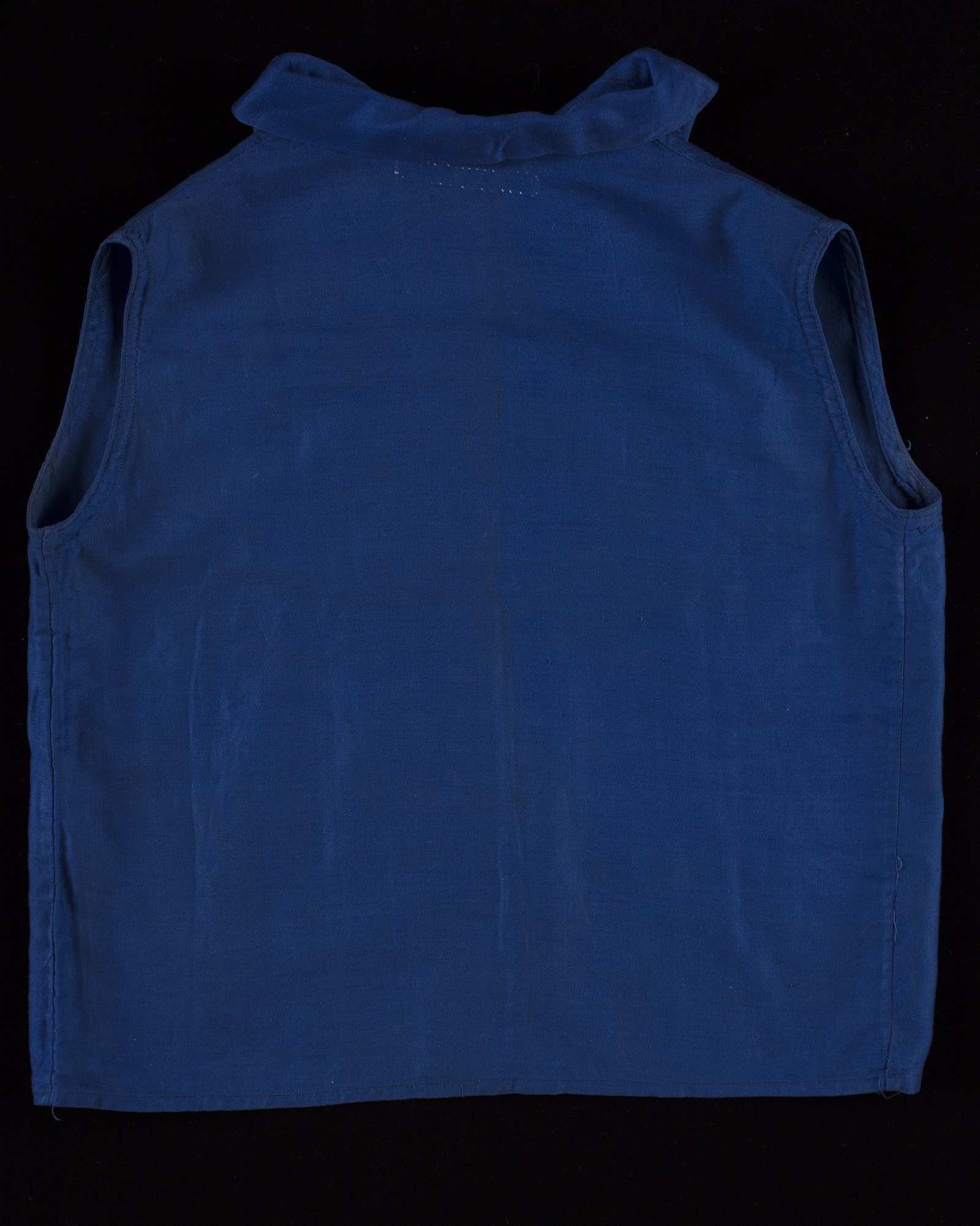 From 1936 to 1938, Mary Offentier was a member of the Zionist sports club named for the ancient Jewish hero Simon Bar Kochba. After Kristallnacht, when her parents illegally sent their daughters to Holland, Mary packed the sports blouse among her most loved belongings. Eventually, Mary was reunited with her parents, and they spent two years in hiding before they were liberated in Brussels in September 1944. There, Mary met and eventually married Chanan Arnold Levinsky of the Jewish Brigade.