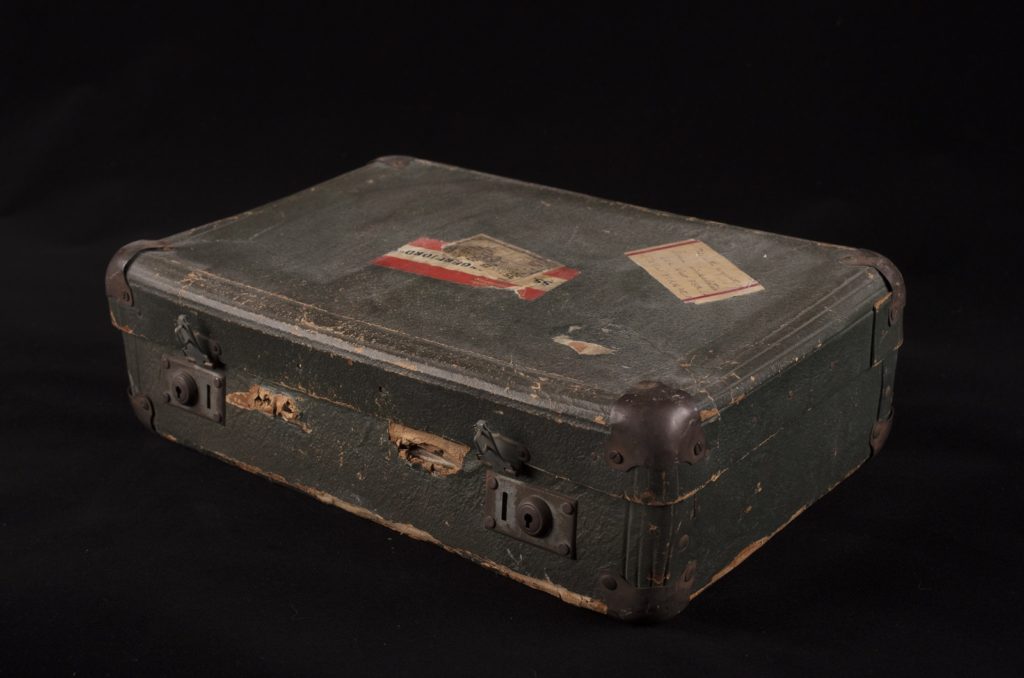 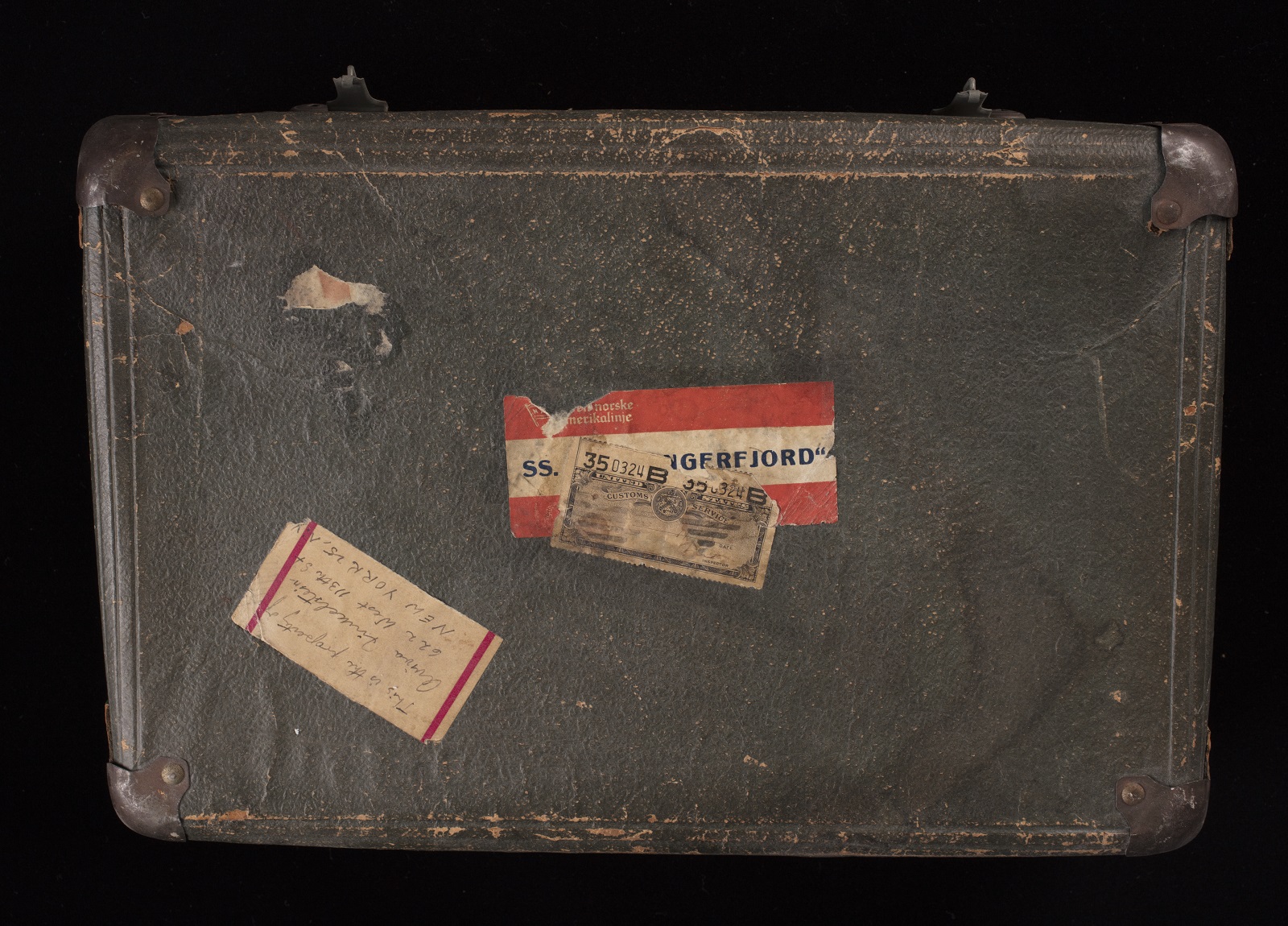 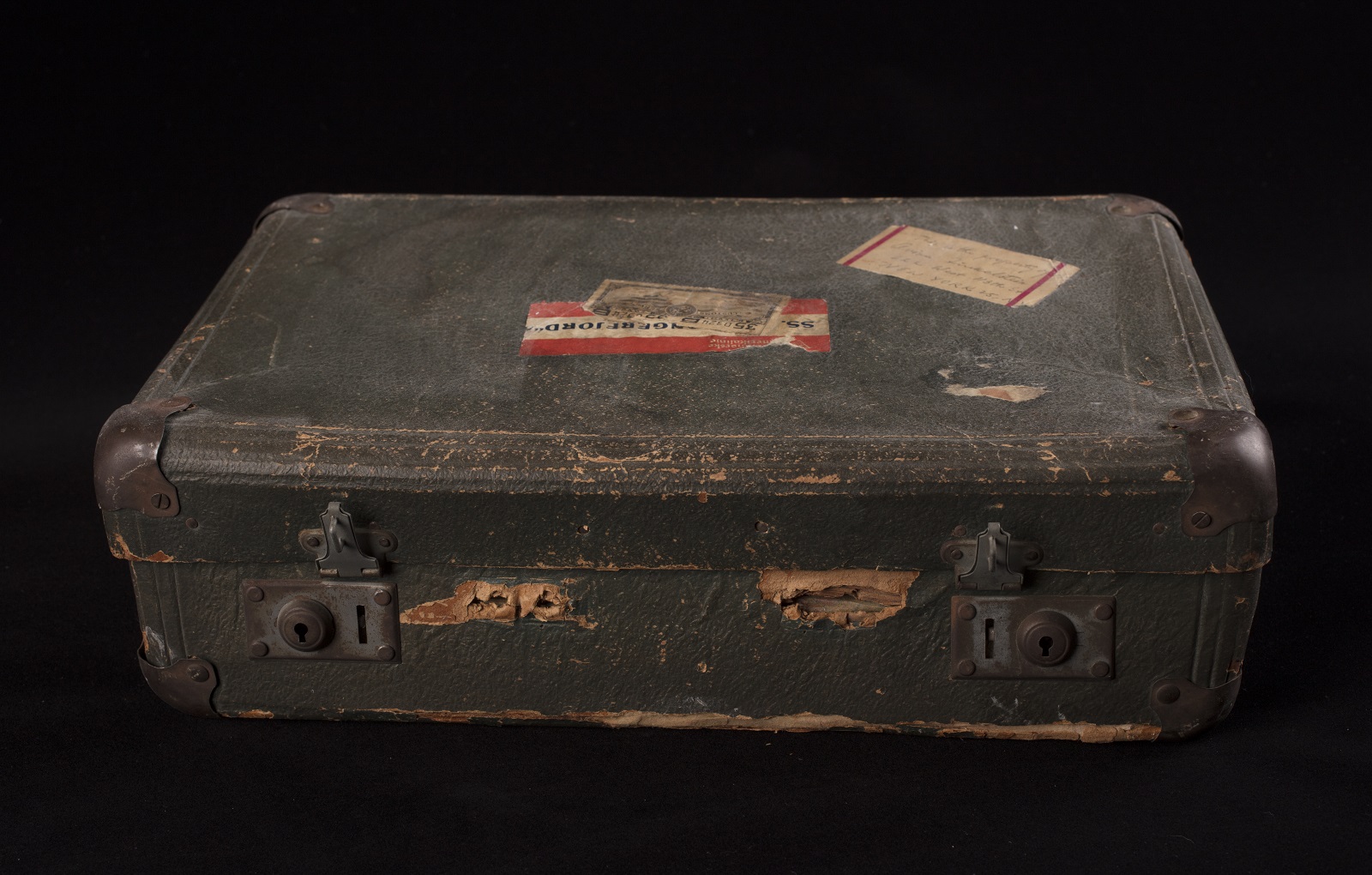 This suitcase, made from dark green leather and cardboard with metal trip and clasps, was used by Awiwa Finkelstejn to carry all of her belongings out of Poland. It is very worn. The front of the suitcase bears the label of Norwegian ship SS Stevengerfjord, a U.S. customs sticker on top, and a sticker on the lower left with name of donor (then Aviva Finkelstein) and address of her father at 622 West 113th Street, New York City. The suitcase was purchased for Aviva by a family friend in Warsaw. She recalls carrying pajamas, a toothbrush and a towel in suitcase.

Aviva Finkelstein was born in Warsaw, Poland in 1931, and remained in Poland throughout war. She initially lived with her mother, Rivka Eisenberg Finkelstejn, and sister, Esther Finkelstejn, in the Warsaw Ghetto, and she later hid with a Polish family. Her father, Chaim Finkelstejn, was a journalist and emigrated to the United States in 1940. During the war, he attempted to find his family and finally located Aviva in May of 1945. She came to the United States in November of 1945 via Sweden and Norway. Rivka and Esther did not survive.