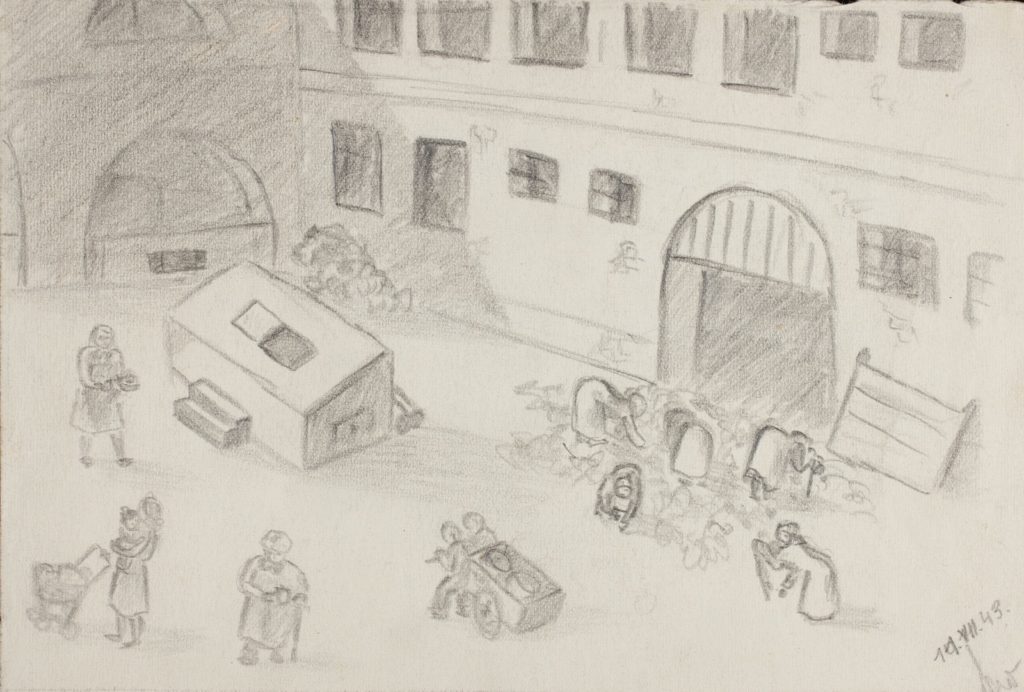 People in a barracks courtyard—perhaps that of the Hamburg barracks—search piles of garbage for edible food, desperate for sustenance.