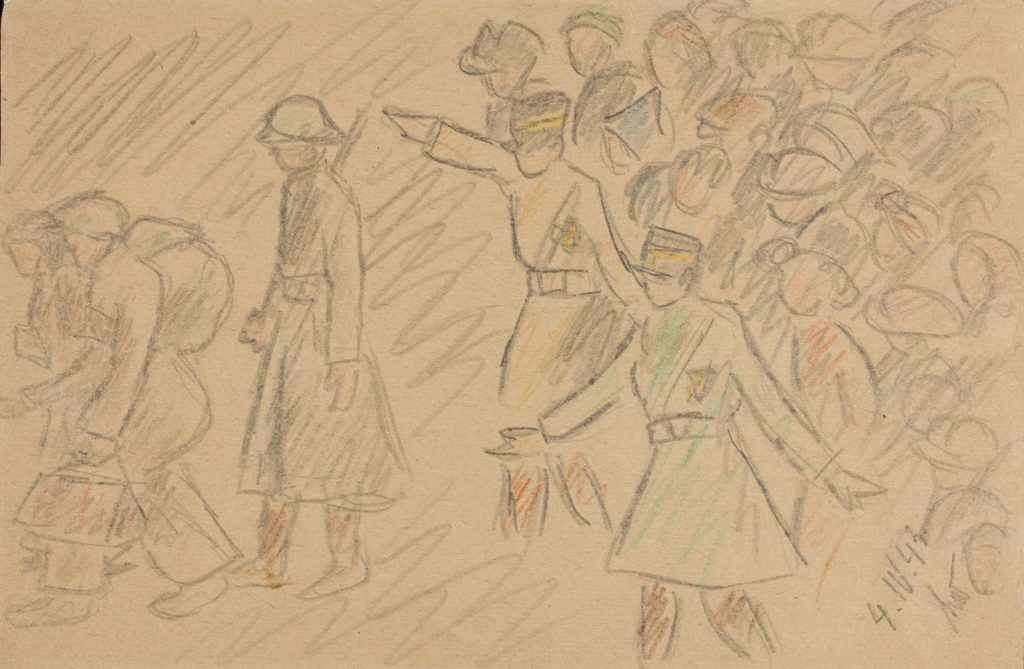 In this deportation scene, a helmeted Czech gendarme escorts the people who are being deported. Jewish police officers detain those who must remain in Terezin—they may accompany their family and friends no further. (There is no record of a transport on the day this drawing was made.)

After her return to her native Prague on May 21, 1945, Helga recorded in her diary what had happened to her in Auschwitz,