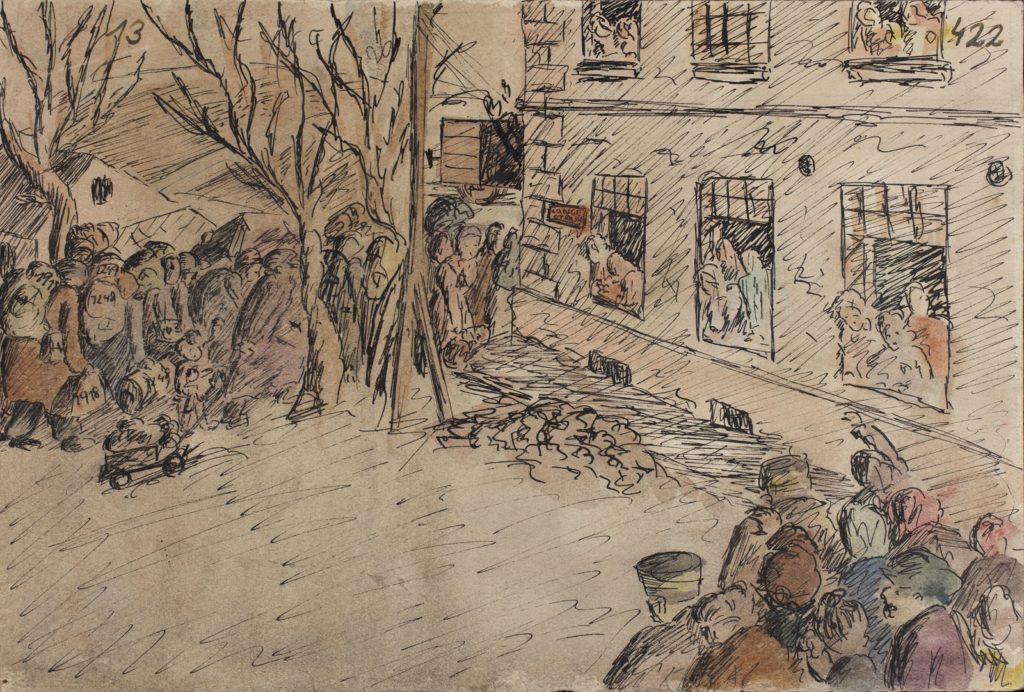 People walk past the Hamburg barracks to the train that will deliver them to Auschwitz. Others witness their deportation—and say goodbye.