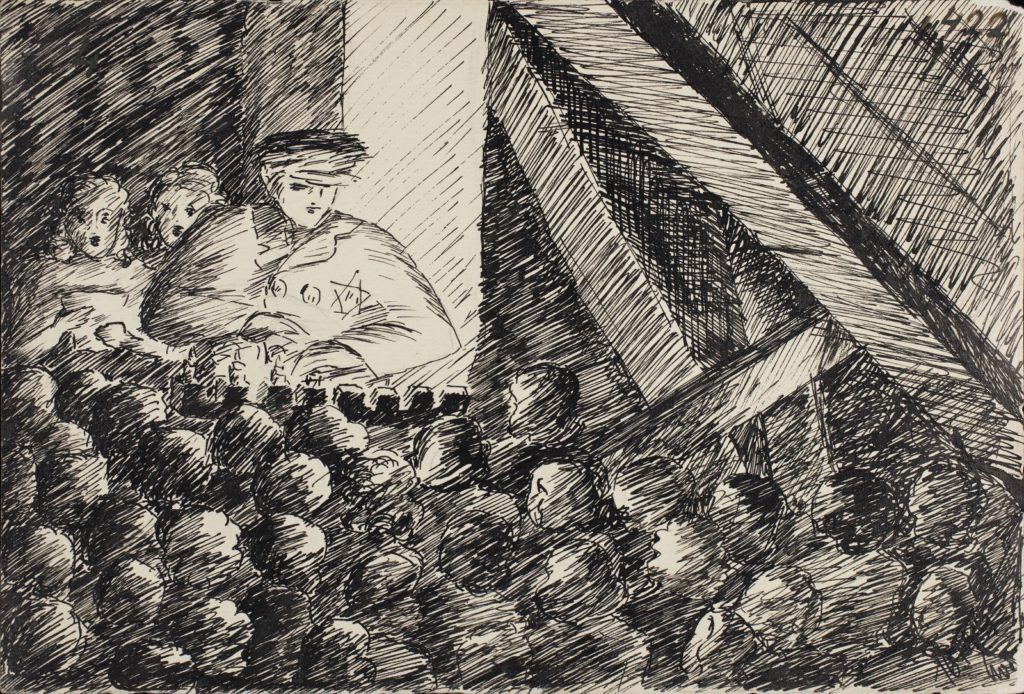 Valtr Freud (1917-1944), manager of the Children’s Home L410 in Terezin, lights Hanukkah candles. In Terezin he would organize children’s festivals and direct performances on Jewish holidays. Valtr Freud would later be deported to Auschwitz on September 28, 1944 and murdered there. In this Hanukkah drawing, two women, standing behind him, sing.