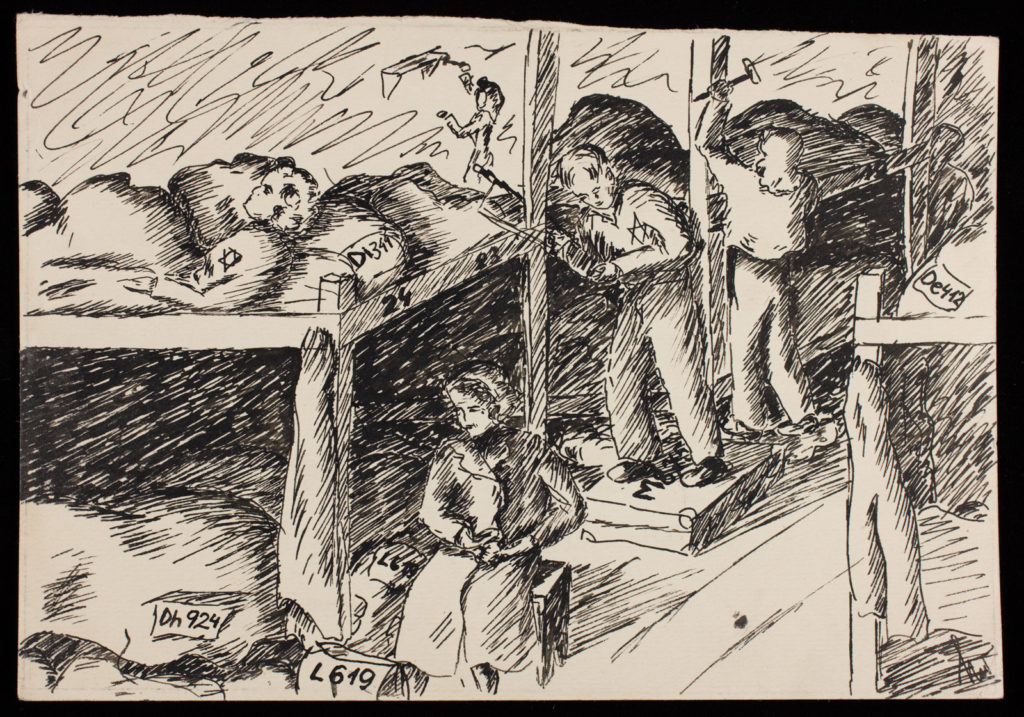 Helga Weissova (b. 1929), Cutting down of bunkbeds before visit from the Red Cross Commission, 1944

In anticipation of the Red Cross Commission visit, the third level of bunkbeds are cut down for “beautification.” The people who normally sleep on that level, such as Helga’s mother Irena, are moved to much less desirable attics. “L619”—Irena’s transport number—appears on the bottom left.