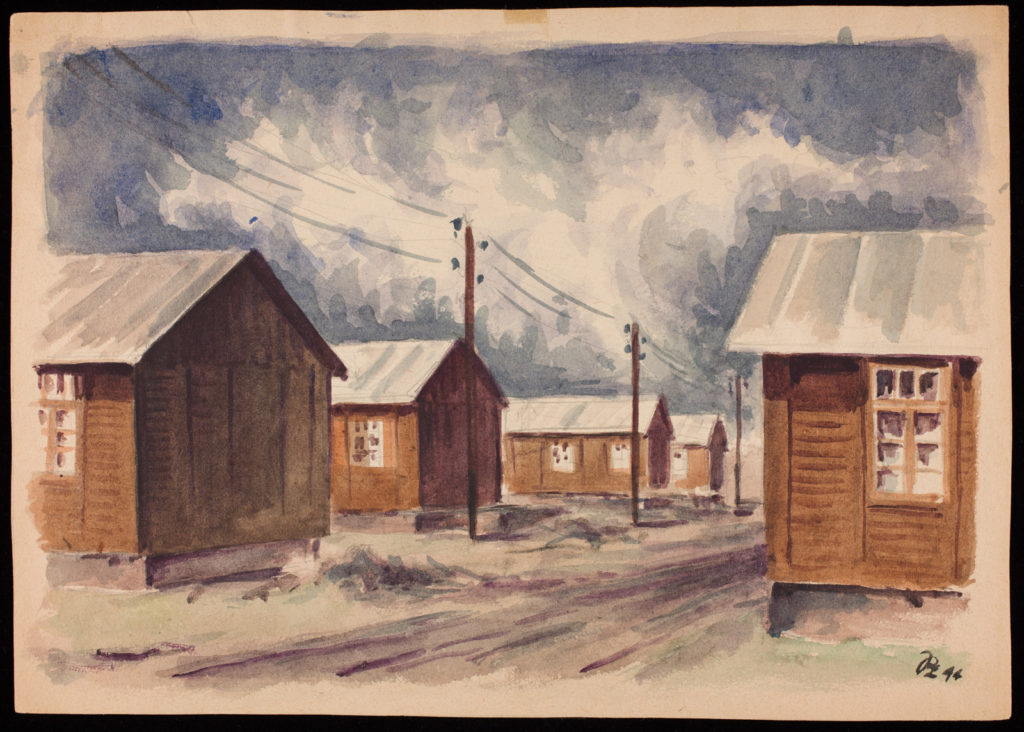 Gift of Gerda and Herman Korngold

Watercolor on paper, signed and dated on the bottom right: “PL 44.” The wooden South Barracks with electrical lines. On reverse in pencil: “#29.”

Peter Loewenstein (b. 1919) was deported to the Terezin concentration camp/ghetto in the fall of 1941, when he was 22 years old. In the years he was in Terezin, Peter created 70 drawings in ink and watercolor—depicting the camp, the Jewish people who were forced to live there, and the difficult conditions that they endured. When Peter learned that he would be deported to Auschwitz in 1944, he entrusted his portfolio to his mother. When his mother and sister were then deported, the portfolio passed to a family friend.

Peter Loewenstein perished in Auschwitz. His sister Gerda—the only surviving member of the family—reclaimed his artwork after the war. When Gerda donated 53 of her brother’s drawings to this Museum, she explained: “I hope that my brother’s name will be remembered and his work appreciated.”