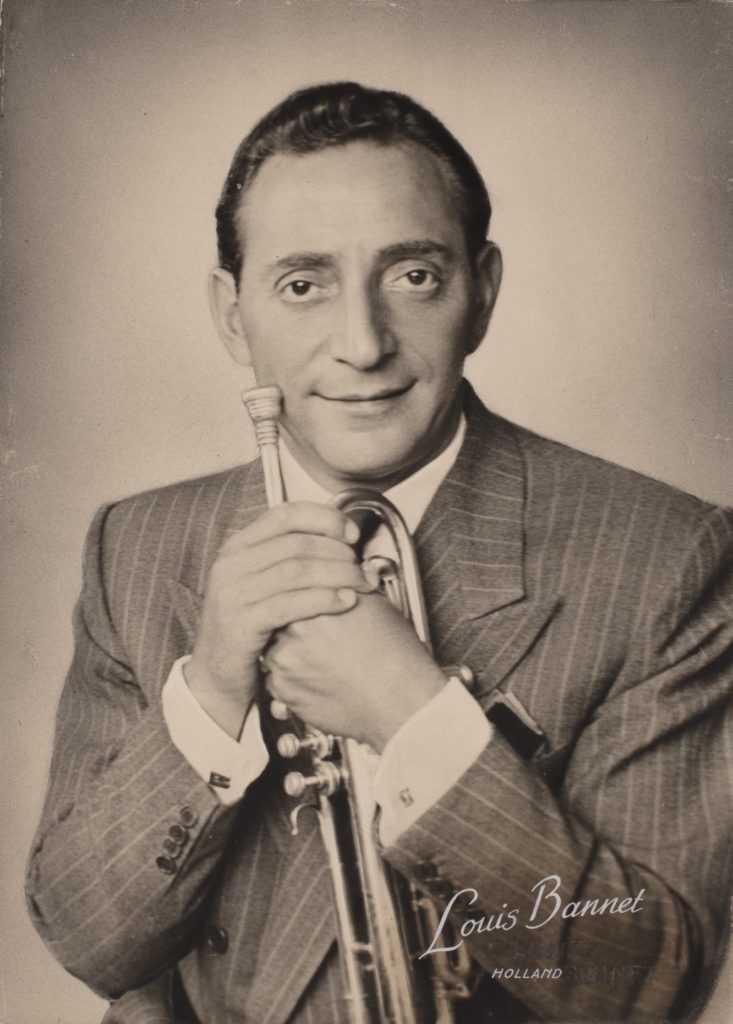 Born in Rotterdam in 1911, Jewish jazz trumpeter and bandleader Louis Bannet gained widespread renown in Europe during the 1930s. He went into hiding during the German occupation of the Netherlands, but soon was recognized by a Dutch interpreter for the Germans. He was arrested and deported to Auschwitz, where he survived by playing in the Men’s Orchestra of Birkenau.